Spiritual and conscious communities are taking the world by a storm.  It all began with innovators like Ram Dass and Alan Watts who opened the West to Eastern Philosophy. These ideas were adopted by the hippie movement of the 60/70’s and were largely ignored by the mainstream.

Fast forward to 2010 where places like Bali, Koh Phangan and Lake Atitlan started to attract hordes of visionaries, self proclaimed healers, mystics and all things in between.

The spiritual community claims to shift paradigms and rethink the way we heal, relate, work, have sex and work out. Often this includes things like Ayahuasca retreats, cacao ceremonies, ecstatic dance, shadow and inner child work as well as visualization and manifestation and most importantly connections to divine energies.

What many people in the midst of mass adoption are missing is that a lot of visionaries have already moved on.

The limitations of the spiritual community in terms of social, ethical and environmental impact are already discussed by a new group of visionaries that highlight the rapture ideology, spiritual by-passing and trauma obsessions of the conscious community.

This article is a collection of research and resources if you, too, have first doubts about the consciousness of the conscious community.

Kahn was part of Christian churches for 22 years, first Pentecostal and then Hillsong Church. He left because of the double-standards, hypocrisy and scandals.

The thing is: Many conscious communities have formed tight bubbles whether that is on social media or in a physical location, such as Ubud, Santa Teresa or San Marcos.

This has bred an extremism and righteousness that neglects the second-order effects of their spiritual practices:

Often when we solve one problem, we end up unintentionally creating another one that’s even worse. The best way to examine the long-term consequences of our decisions is to use second-order thinking.

In a community where your own experience and interpretation is considered evidence, confirmation bias is to be expected: Confirmation bias is our tendency to cherry-pick information that confirms our existing beliefs or ideas. Confirmation bias explains why two people with opposing views on a topic can see the same evidence and come away feeling validated by it. This cognitive bias is most pronounced in the case of ingrained, ideological, or emotionally charged views.

The creation of conscious communities caused second-order effects where we replicated the power structures, sexual violence, hyper-focus on the individual, cultural appropriation and environmental destruction of churches, capitalism and patriarchy – the exact systems that we claimed to re-invent.

What we need is accountability, mentorship and mastery and the time and space to consider the deep impact and second-order effects of our actions in an ever-changing, complex environment.

So, if you just got into the spiritual community, a lot might be new, exciting, meaningful and life-changing for you.

Secondly, consider that the visionaries have already moved on – and started to critique and question the spiritual community. But check out this podcast for a step beyond: On this episode, we begin with a review of the issues with spiritual communities from the dark side of manifestation to how toxic positivity functions like cancer. Alex Ebert explains how the critique of New Agism can become its own shtick.

The real question is: What happens after the peak experience?

Spiritual growth is not about the ayahuasca ceremony or the next circle.

Life is the real ceremony.

Run in the field, chase the sun and the waves, eat a meal with those you don’t understand, rave, read, give back to your community, and always stay curious. 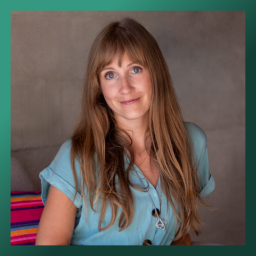 Reminder To Self: Don’t Just Ship Anything – Ship What Matters.